Scripture quotations are from the ESV® Bible (The Holy Bible, English Standard Version®), copyright © 2001 by Crossway, a publishing ministry of Good News Publishers. Used by permission. All rights reserved. May not copy or download more than 500 consecutive verses of the ESV Bible or more than one half of any book of the ESV Bible.

“For thus says the LORD: Do not enter the house of mourning, or go to lament or grieve for them, for I have taken away my peace from this people, my steadfast love and mercy, declares the LORD. Both great and small shall die in this land. They shall not be buried, and no one shall lament for them or cut himself or make himself bald for them. No one shall break bread for the mourner, to comfort him for the dead, nor shall anyone give him the cup of consolation to drink for his father or his mother. You shall not go into the house of feasting to sit with them, to eat and drink. For thus says the LORD of hosts, the God of Israel: Behold, I will silence in this place, before your eyes and in your days, the voice of mirth and the voice of gladness, the voice of the bridegroom and the voice of the bride (Jeremiah 16:5–9). 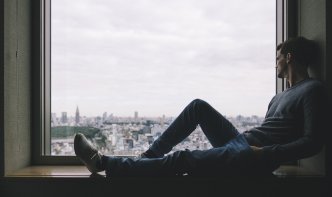 Jeremiah was not to enter two houses: the house of mourning and the house of feasting. Both fasting and feasting with his countrymen were forbidden. The most expected social conventions were off limits—the mourning of a funeral and the mirth of a wedding. Jeremiah was home alone. “Jeremiah,” writes Phil Ryken, “spent his Friday nights at home, alone. There were three things he did not do—go out on dates, send sympathy cards, or sit down to fancy dinners.”

Though these commands as given to Jeremiah are circumstantial and prophetic, there is a principle underneath that is not alien to us today. There is mirth and mourning in which we should not mingle.

Weddings are celebrations. There are “unions,” attempted unions, that we cannot celebrate. When the world tries to make the north ends of two magnets stick, we should not join their jolly madness. We can love the persons involved, but we may not celebrate their attempted union, because nothing is being joined. In such, there is no peace, no covenant, and no mercy (Jeremiah 16:5). There are also times when north and south do click in earthly covenant, and yet, heavenly covenant is maligned. When two folks play like they know Jesus, and want a Christian wedding, but only with a white dress on the surface and not clean hearts by the blood of Christ underneath, the name of Jesus is blasphemed therein. There are unions that we can recognize as legitimate, but not celebrate as Christian.

While there’s still enough sanity for some professing Christians to see we can’t make merry over “same-sex mirage,” mourning with the bereaved seems trickier. This is because we’re looking at the other person instead of ourselves. We don’t go to the north–north wedding because of their sin. We go to the funeral, because dead men are no longer sinning. What we need to ask is if by our presence we are sinning.

Frequently our Lord is as blasphemed in funerals as He is in weddings. We have transitioned from funerals in which we grieve, looking to the blessed hope of the resurrection, to celebrations where we take comfort in the beauty of a life lived. Let’s be honest, the editing skills of funeral slide shows rival that of Hollywood, though not in production, truly in bias. As R.C. Sproul says, what many really believe in is “justification by death.” When the dead are preached into heaven while their souls are surely in hell, we should desire no part in endorsing that message. Problem is, most often we have no idea what that message will be. One of the elders I am honored to serve alongside attends primarily only visitation now for this reason.

Regardless, let us express our condolences, and weep with those who weep, and let us also make clear that the blessed hope is the death and resurrection of Christ. Sometimes we must merely grieve over the dead, and not with the living. That is, we must be clear what our comfort is. Or, to put it yet another way, sometimes we must grieve over the dead and not be comforted with the living when their comfort is a false one. Again, if Christ is not known, there is no peace, no covenant, no mercy.

Understand, all this is a digression from the thrust of Jeremiah 16. The focus isn’t on Jeremiah and his actions, but the word of God thereby. Jeremiah is cut off from the most expected of social conventions to make this word emphatic. This is a severe word of judgment, radically portrayed through the prophet. A judgement is coming on Judah so severe, that not only will the mirth of marriage be silenced, there will not even be a proper lamentation and burial for the dead.

God’s commands to his prophet may seem hard, but is the judgment portrayed thereby that is truly unbearable. Sinner, if you don’t know Christ, you stand under such judgment. It is because Christians love you that they don’t want you to think otherwise. It is because we are earnest for you to know His love that we speak of His wrath. Saints, may we not confuse by our presence those who have no peace, no covenant love, and no mercy into thinking that they do. Let us love them more and better than that. 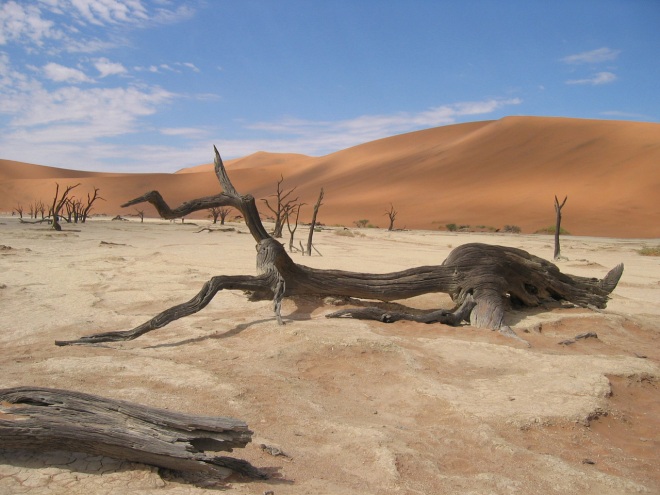 Was Jesus Christ so willing to leave heaven, his Father’s bosom, his crown, his dignity, his glory, his royal attendance, to come into this world to suffer the saddest and the heaviest things that ever was thought of , that ever was heard of , for thy sins, for thy sake? and wilt thou be unwilling to die, and to go to him who hath suffered so much, who hath paid so much, who hath prepared so much for thee ? Ah, Christian, Christian! why dost thou not rather reason thus with thy own soul: Did Christ die for me, that I might live with him? I will not therefore desire to live long from him. All men go willingly to see him whom they love, and shall I be unwilling to die, that I may see him whom my soul loves? Oh, I will not! oh, I dare not! oh, I may not! Others venture through many dangers and many deaths to see their friends and relations, and why then shouldst not thou, 0 Christian! be willing to venture through death to the Lord of life, to him that is thy crown, thy comfort, thy head, thy husband, thy heaven, thy all ? &c. —Thomas Brooks, A String of Pearls

No sooner do we begin to live in this dying body, than we begin to move ceaselessly towards death. For in the whole course of this life (if life we must call it) its mutability tends towards death. Certainly there is no one who is not nearer it this year than last year, and tomorrow than today, and today than yesterday, and a short while hence than now, and now than a short while ago. For whatever time we live is deducted from our whole term of life, and that which remains is daily becoming less and less; so that our whole life is nothing but a race towards death, in which no one is allowed to stand still for a little space, or to go somewhat more slowly, but all are driven forwards with an impartial movement, and with equal rapidity. For he whose life is short spends a day no more swiftly than he whose life is longer. But while the equal moments are impartially snatched from both, the one has a nearer and the other a more remote goal to reach with this their equal speed. It is one thing to make a longer journey, and another to walk more slowly. He, therefore, who spends longer time on his way to death does not proceed at a more leisurely pace, but goes over more ground. Further, if every man begins to die, that is, is in death, as soon as death has begun to show itself in him (by taking away life, to wit; for when life is all taken away, the man will be then not in death, but after death), then he begins to die so soon as he begins to live.  —Augustine, The City of God

Man is not naturally mortal; death is not the debt of nature, but the wages of sin. —John Murray, The Last Things

There is also a chapter on the final judgment. If you are looking for a deep treatment of these topics look elsewhere. But if you are fearful of death and need some pastoral help that is mercifully brief, this is an excellent book.

Death is too deadly for us. But when Jesus Christ conquered death and robbed it of its sting, He enabled every believer to pass through death—the last enemy—into glory.

In my sinful moments—and I stress my sinful moments, because every true believer knows that God is good—there is no doctrine that I want to be untrue more than the reality of hell. I wish I could say that this doctrine is not true. But hell is the fairest reality in this world.

If you want unfairness, if you want discrimination, I can give you that.That is called heaven by grace. Heaven by grace is the most unfair doctrine imaginable. Sinners deserving condemnation get heaven forever because the One who was without sin became sin for their reconciliation.That is unfair, but hell is the fairest doctrine in the world.

Consider thou must die but once—I mean but once as to this world; for if thou, when thou goest hence, dost not die well, thou canst not come back again and die better. —John Bunyan, The Acceptable Sacrifice