Scripture quotations are from the ESV® Bible (The Holy Bible, English Standard Version®), copyright © 2001 by Crossway, a publishing ministry of Good News Publishers. Used by permission. All rights reserved. May not copy or download more than 500 consecutive verses of the ESV Bible or more than one half of any book of the ESV Bible.

“I myself will lift up your skirts over your face,
and your shame will be seen.
I have seen your abominations,
your adulteries and neighings, your lewd whorings,
on the hills in the field.
Woe to you, O Jerusalem!
How long will it be before you are made clean?” —Jeremiah 13:26–27

If there is a dominant note in the assortment of words that make up chapter 13 of Jeremiah, I’d say it is that of the shamed she. By putting the words “dominant” and “shamed” and “she” in the same sentence, however far apart and dissociated they may be, perhaps I’ve already put the misogynist match to the patriarchal fuse of dominance dynamite.

Indeed, the shamed she here is dominated, and as such, she is shamed. This passage isn’t politically correct. Truly, the shaming of the she is disturbing, but if we fail to see that her being shamed is a just punishment for her shame, then perhaps we too are trying to hide our nakedness behind inadequate leafy loincloths. 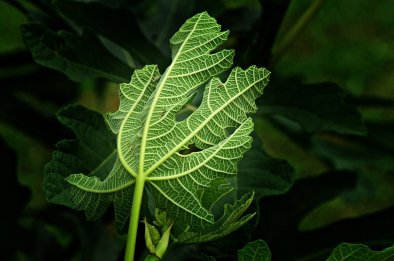 Judah is shamed because she is shameful. It is because Judah is not ashamed that she is to be so shamed. One aim of this judgment is to shame the shameful. When God shames the she, His judgment pulls the curtain back and exposes the harlot for who she really is. The fig leaves are gone. She can no longer hide. The judgment is harsh because the sin is vulgar.

This passages in’t about the oppression of women. This passage is about the execution of justice. God’s grace had made His bride beautiful. Judah then used this beauty to whore after other gods. The promised land was like a wedding chamber. Yahweh brought Israel there that He might make her beautiful, radiating with His glory. Brought in as a bride, now, having committed adultery with the pagan gods, she is driven out as an adulteress. What was hidden in the darkness is now brought into the light. Yahweh doesn’t place a shame on Judah that doesn’t fit. He removes the royal robes with which He clothed her, garments she had used to conceal her harlotry, so that she is now seen for what she is. Yahewh clothes her in her own garments, and those fig leaves don’t cover.

When you shudder at the language of shame, remember, Christ wore this garment Himself so that His bride might be clothed with His righteousness. The severity of His justice, He has tasted Himself. The severity of His justice testifies then to the depths of His mercy and grace. He was stripped bare and exposed so that the church might stand before the throne of His Holy Father, clothed in His righteousness.

Yes, He rose as Lord over His bride, but His redeeming rule does not oppress; it liberates. Know that when you are repulsed at His lordship in judgment, you’ve then also foundationally rejected the lordship that redeems.

Confusingly, our skin-is-in society tells us clothes make the man. There’s a nugget of truth there. Perhaps we could better say clothes cover up the man. When man fell, he tried to cover up with fig leaves. These were insufficient. God made them garments of skins. Man is still trying to make clothes that make him something, rejecting the only garments that can cover His shame—those which God provides.

Clothes made the high priest. They were holy garments that made him holy (Exodus 28:3). The garments were part of the priest’s consecration (Exodus 28:41, 29:1ff). Because the priests were sinners, they needed to be clothed.

Before a holy God we need holy representation. We need a son of Adam who is the Son of God. We need someone not simply covered with holiness, but to cover us in His holiness. All the Aaronic priests died; they too were sinners, so how could they deal with other’s sins? Jesus made atonement once for all and ever lives for us clothing us in the robe of His righteousness. Clothed with the garments of the great High Priest, we draw near unto God with boldness and confidence. The shame of Eden is gone. We need not run away, but in Christ, we may draw near to our heavenly Father.