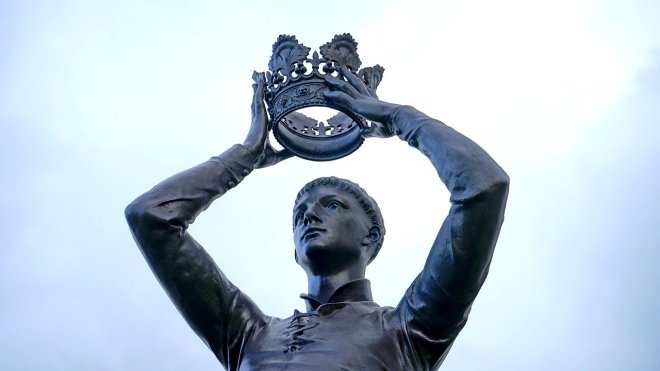 “The idea which here shuts out the second coming from our minds, the idea of the world slowly ripening to perfection, is a myth, not a generalization from experience. And it is a myth which distracts us from our real duties and our real interest. It is our attempt to guess the plot of a drama in which we are the characters. But how can the characters in a play guess the plot? We are not the playwright, we are not the producer, we are not even the audience. We are on the stage. To play well the scenes in which we are ‘on’ concerns us much more than to guess about the scenes that follow it.

In King Lear (III, vii) there is a man who is such a minor character that Shakespeare has not given him even a name: he is merely ‘First Servant’. All the characters around him—Regan, Cornwall, and Edmund—have fine long-term plans. They think they know how the story is going to end, and they are quite wrong. The servant has no such delusions. He has no notion how the play is going to go. But he understands the present scene. He sees an abomination (the blinding of old Gloucester) taking place. He will not stand it. His sword is out and pointed at his masters breast in a moment: then Regan stabs him dead from behind. That is his whole part: eight lines all told. But if it were real life and not a play, that is the part it would be best to have acted.” —C.S. Lewis, “The World’s Last Night”