“Who is the man so wise that he can understand this? To whom has the mouth of the LORD spoken, that he may declare it? Why is the land ruined and laid waste like a wilderness, so that no one passes through?” (Jeremiah 9:12) 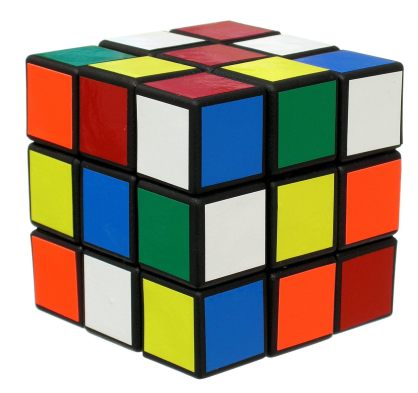 Jeremiah propounds two questions as to who could possibly answer a third question. First, who is so wise that he can understand this? Second, to whom has Yahweh spoken that he might reveal it? So what is this? What is it?

Before unveiling the enigma, consider that a short bit after Jeremiah we come to the prophet Daniel, who, because of his Lord, could explain mysteries no other could. When Belshazzar saw the writing on the wall and none of his wise men could interpret it, the king was alarmed, but then the queen explained:

“There is a man in your kingdom in whom is the spirit of the holy gods. In the days of your father, light and understanding and wisdom like the wisdom of the gods were found in him, and King Nebuchadnezzar, your father—your father the king—made him chief of the magicians, enchanters, Chaldeans, and astrologers, because an excellent spirit, knowledge, and understanding to interpret dreams, explain riddles, and solve problems were found in this Daniel, whom the king named Belteshazzar. Now let Daniel be called, and he will show the interpretation” (Daniel 5:11–12).

Now, to resume our present mystery. What puzzle is Jeremiah going to set before us?

“Why is the land ruined and laid waste like a wilderness so that no one passes through?”

This is not a difficult question. It is an indictment of Judah. These questions are no insult to her intelligence, but her pride. Her inability to answer stems from no deficiency in intellect, but in humility. If you flunk this test, Ephesians 4:18–19 explains why.

“They are darkened in their understanding, alienated from the life of God because of the ignorance that is in them, due to their hardness of heart. They have become callous and have given themselves up to sensuality, greedy to practice every kind of impurity.”

“The blindness of humanity is so great that people are actually proud of their blindness,” wrote Augustine. Look around at humanity and you will see blindness touted as sight, darkness paraded around as though it were light. It is because of the lies that Judah holds onto in pride that she cannot grasp the truth, for truth can only be held with the hands of humility. The false prophets have told Judah “He will do nothing, no disaster will come upon us” (5:12). They say “Peace, Peace!” when there is no peace (6:14). Judah doesn’t want to let go of these lies because that would mean she would have to turn from her idols.

The reason she cannot answer this question is because she loves darkness. Judah has fallen for the wrong boy and she can’t admit the relationship is toxic. In Jeremiah 5:31 we are told not only that the prophets prophecy falsely but that the people love to have it so. They love lies because they love darkness. Jesus said, “And this is the judgment: the light has come into the world, and people loved the darkness rather than the light because their works were evil. For everyone who does wicked things hates the light and does not come to the light, lest his works should be exposed” (John 3:19–20).

Their pride is perplexed by God’s humbling them. Their sin is shocked by God’s righteous judgment. Their love of darkness is angry at God’s light. This is why they cannot answer so obvious a question. This is why the world still cannot see the curse all around us? This is why she cries “Why?” in the face of suffering. We act dumfounded because the apple is still in our hands and we want to eat it deceiving ourselves that despite the mountains of evidence to the contrary, we will indeed be like God if we just eat a bit more. The love our of idols is proud because the idol we love most is self.

God told Jeremiah that the people would ask this question. “And when your people say, ‘Why has the LORD our God done all these things to us?’ you shall say to them, ‘As you have forsaken me and served foreign gods in your land, so you shall serve foreigners in a land that is not yours’ ” (Jeremiah 5:19). The punishment rhymes with the sin, but their sin-muffled ears can’t hear the poetry.

Such is the wisdom of man. It can tell you how pain works, but it is blind to why a thing such as pain is.